The story of Elevear illuminates the inspiring journey of excellent researchers becoming revolutionary entrepreneurs and of innovative IP becoming life-changing innovation with impact.

Millions of people worldwide suffer from hearing loss. The adverse effect on the communicative abilities of those with limited auditory capacity can be mitigated by hearing aids. Yet, many users are reluctant to wear them due to an unnatural perception of their own voice and interfering noises in everyday actions such as chewing and swallowing – the so-called Occlusion Effect: When an object covers the ear canal, it weakens air-transmitted sound and intensifies the person’s body-conducted sound.

This is where Elevear’s story begins. As former researchers at the Institute of Communications Systems (IKS) at RWTH Aachen University, Stefan Liebich and Johannes Fabry set out to solve the problems caused by the occlusion effect of hearables. Together with their professors Peter Jax and Peter Vary, the RWTH researchers developed a cutting-edge audio technology allowing hearable users to perceive their own voice and their environment in a natural way. Filed in 2016, the patent application for the invention was granted in September 2017. With further patents issued in the US and the EU, the inventors subsequently expanded their exploitation opportunities to international markets.

In 2019, after winning the first place of the Innovation Award 2018, the team of researchers advanced their technology at RWTH and dared to take the next step in entrepreneurial transfer. As one of the pilot projects of the Innovation Sprint, the team developed a viable prototype which served as the basis for the successful application for the EXIST Business Start-up Grant by the Federal Ministry for Economic Affairs and Climate Action in fall 2020. Finally, in early 2021, the project “EAR” became the start-up Elevear, when Stefan Liebich and Johannes Fabry together with their co-founders Raphael Brandis and Elfed Howells participated in the Spring Batch 2021 of our Incubation Program.

The foundations for their groundbreaking products are protected by various patents, some of which are part of an exclusive license agreement with RWTH Aachen University. Their latest developments will be showcased at CES 2022 in Las Vegas from 5-8 January 2022, the largest consumer electronics show in the world, in a booth (4729) with their partners at Analog Devices.

Making a hearable difference in many people’s lives

With their versatile solution, the team makes a huge impact on society, improving the audio experience in various fields of application, such as listening to music, conducting online conferences, exploring AR/VR, or performing on stage. At the same time, Elevear’s technology can help millions of people affected by hearing loss to fully regain essential communicative capacities and restore a high quality of life.

We’ve had the pleasure to witness the successful transfer of this inspiring RWTH technology and support the team in every step along the way. Keep making a positive difference in people’s lives! 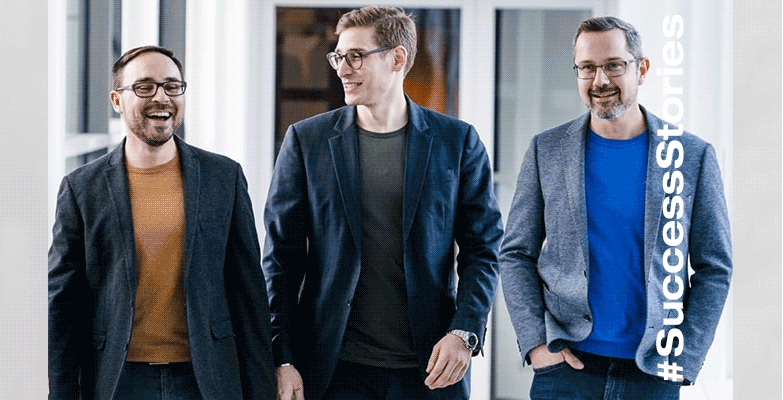 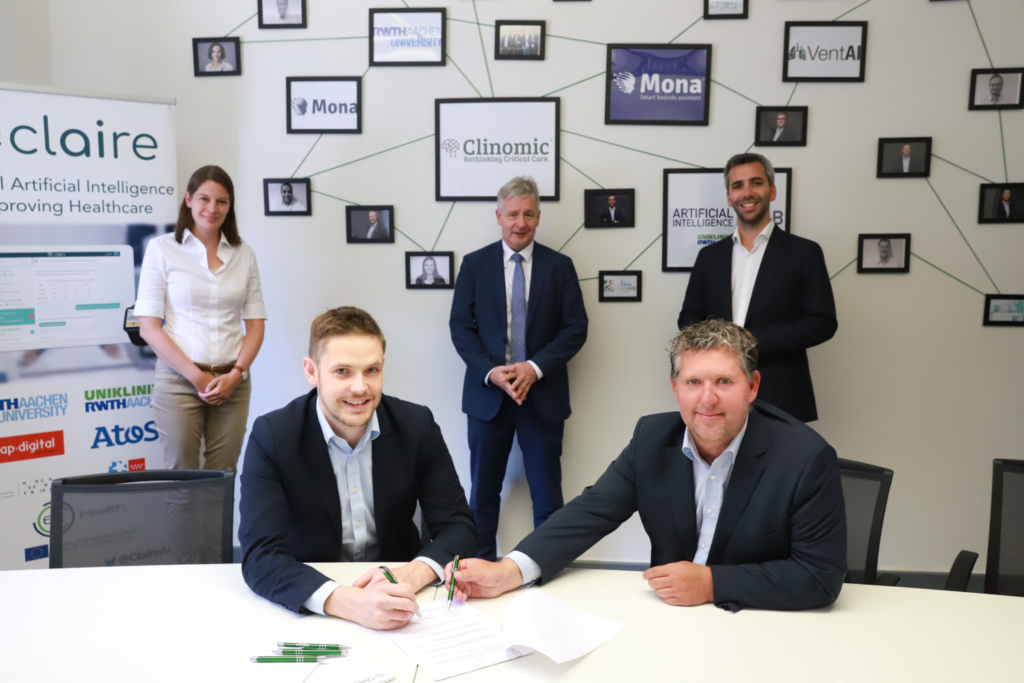 The RWTH spin-off Clinomic has closed a financing round of 7 million euros. The impetus for this was provided by Mona, the smart assistant system… 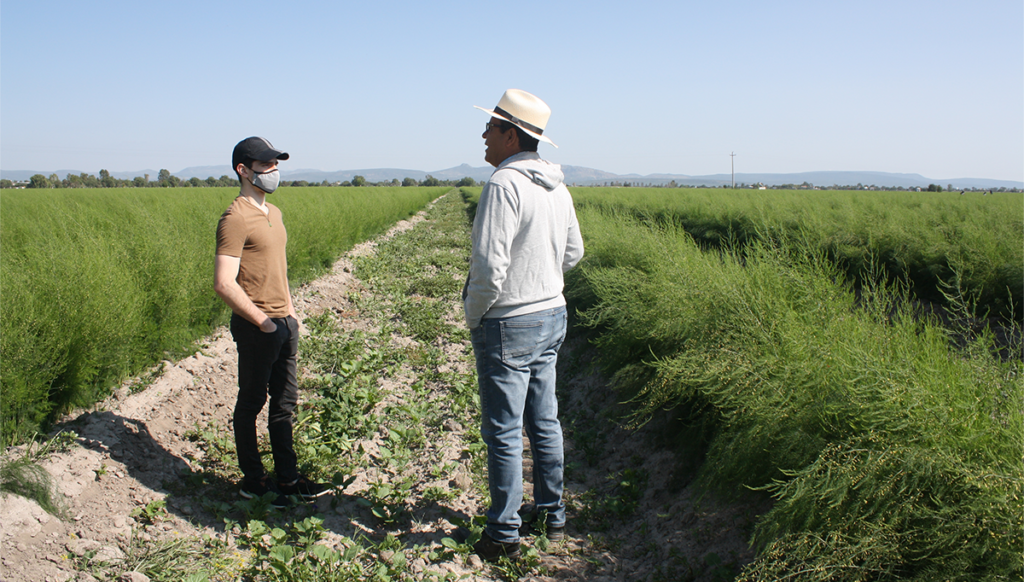 With 2021 coming to an end, on every Sunday until the holidays, we want to shed light on stories that inspired us this year as… 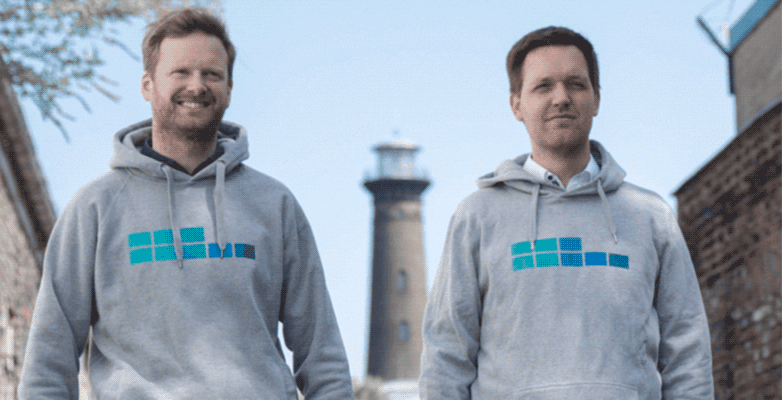 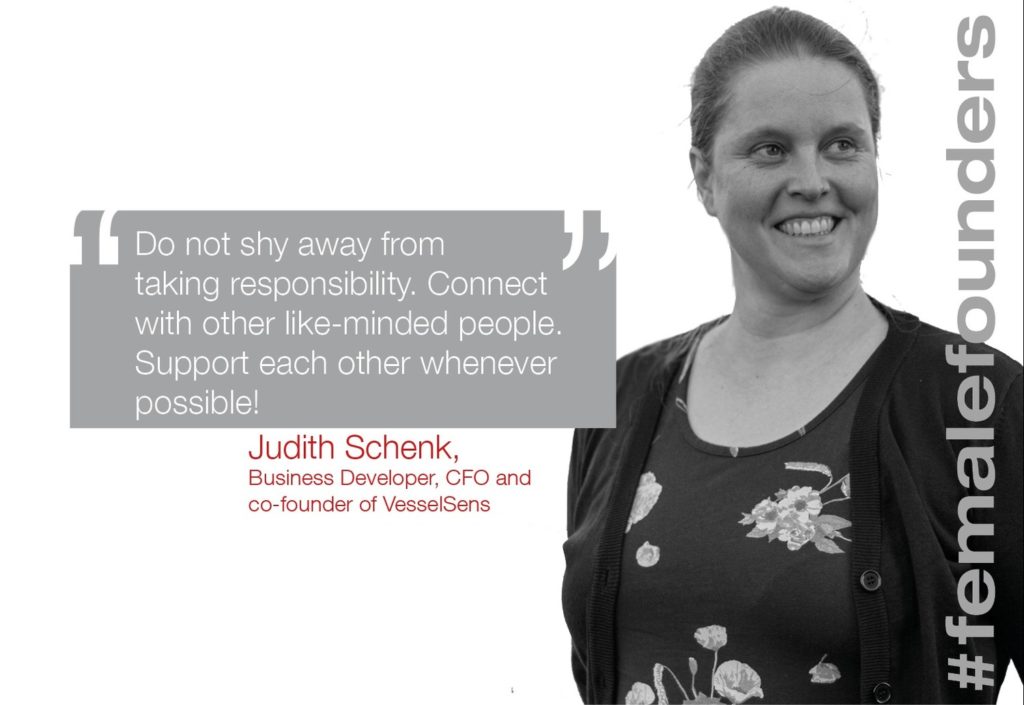 15 Questions to … is a interview series dedicated to spotlighting women in entrepreneurship. Women entrepreneurs question the status quo and lead change. They push boundaries…